When I got back from Montreal I had a week of summer camp, during which I also had to finish all of the pre-production for my short, which we decided to name All The Things. 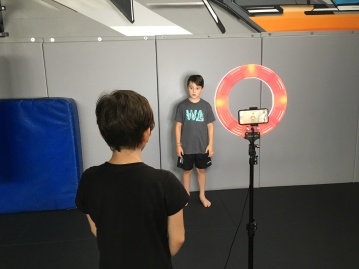 Camp was awesome, with 2 kids I particularly enjoy, who were really into all of the acting and performing things. My favourite part was probably when they asked to do my short. Not only were they super sweet in telling me how much they enjoyed it and it was touching, they were absolutely adorable and heartbreaking when they put it on for me. I am hoping they enjoyed themselves, but I was a pack of nerves about the 18th.

We had a rehearsal on Tuesday night, where we lost our location, then went scouting for a new one and found a gorgeous place. The director had to work late, so we set up shots and stuff without him, then quickly ran through the performance aspects once he arrived. Even though I wrote it, he and Ayisha would bring adjustments that I sometimes had to argue with, story-wise, but others made it a lot more compelling. And terrifying for me as the actress, who would have to do these things. But more than anything, I was excited to be doing what I love and stepping into Charlie’s shoes.

On Wednesday we created some props and did some research for craft, which resulted in a wrong turn that led to a new location. You see, I originally planned on having my short in a beautiful field with tall grass…but then research told me that was not going to work out, and the story changed. Almost immediately, the landscape shifted to an urban setting, desolate, overrun with weeds, with just enough hints so you realize this is not the world we currently live in. Our first location, which didn’t work out, was the alley behind my house, which was perfect in that respect, with weeds growing everywhere and abandoned cars and objects …there were other, logistics issues, but it was what I was looking for. The forest location we found while scouting was beautiful, but it wasn’t at all what I had been looking for. The location we stumbled onto accidentally, however, went back into the idea of an overrun wasteland. To a lesser degree, but it was still there.

On Friday I went to William F. White’s to get our equipment. Winning the competition gave me a budget from YEAA (Young and Emerging Artists Assembly), and it also gave me all of the equipment we would need thanks to the partnership with White’s. I must have inherited some of my parents’ Tetris playing skills (my mom on the computer, my dad with the trunk when we go on road trips) because I managed to stuff all of it in my car. One of my biggest regrets from that weekend is not taking a picture.

Once I unloaded the car I was ready to fill it up again with food. Luckily, this time I had help. I definitely did not make for good company on date night, because my mind was partially still on the million things I had to do or hadn’t done for the short. More than one person tried to reassure me by telling me it would soon be over, but that wasn’t really what I wanted to hear. I love creating my own projects and writing and acting…I didn’t want it to be over, I just wish I had prepared more or organized myself better. 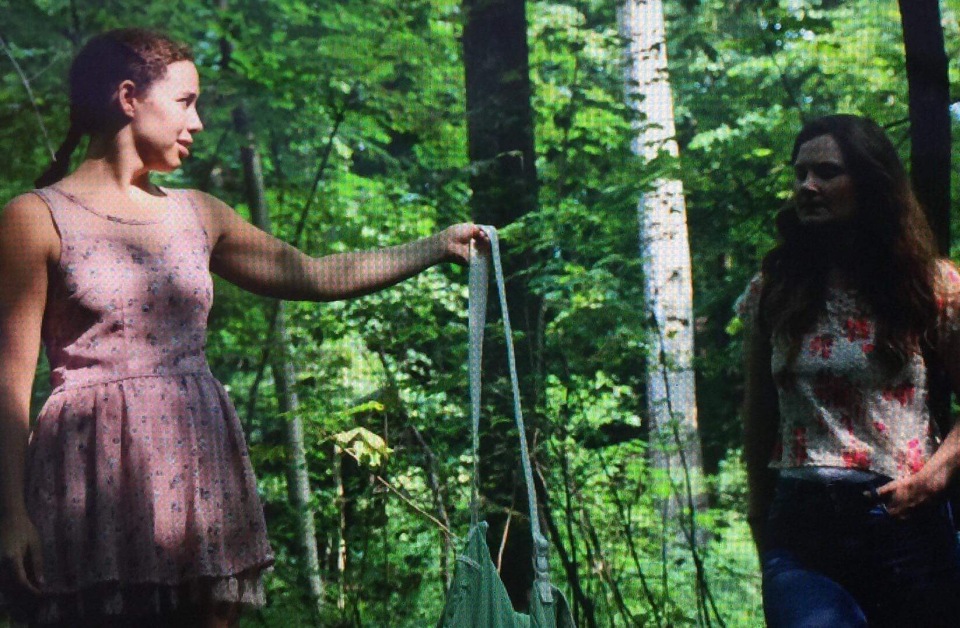 On Saturday we headed out to my new location, the one I had stumbled on by accident. I dropped my roommate off with some of the stuff, then went to load the car up with the rest of the equipment. I had completely forgotten to tell my co-lead that we were meeting on location, not at my place as I had originally intended, so I sent someone to get her while my roommate helped me with set design.

Eventually, my director pulled me aside, away from everyone else, and told me that the location wasn’t working for him or the rest of the crew. They would still film here if it was what I really wanted, because it’s my project, but as far as the look and the end result, they thought I was making a big mistake and strongly urged me to reconsider. He felt the current location didn’t convey wasteland or desolation either, it was just ugly instead of how gorgeous the forest would be. Since I am eager to please and not one to stand up for myself, especially when I am not strong enough in my convictions, I agreed and we moved over to the wooded location.

This meant putting all of the equipment back into the cars and making a few trips, since there was a lot of equipment and a bunch of people as well. Once there, we had to carry all of this equipment about 15 minutes into the nature trails to reach our filming location. Which was beautiful, without a doubt. All luscious and green and full of life.

I had all kinds of sunscreen, but no bug spray, which led to some really interesting takes once we started filming. At one point while we were doing Rosie’s close up, I did the entire scene with one eye closed because there was a bug attacking it, trying to get in. Rosie also did an amazing job of ignoring a bug that was devouring her neck, but they saw it on camera and told her to swat it away.

Ayisha’s flight from Montreal had been delayed, so she got to set as we were doing the first takes. I am so grateful for all of the people who came that day to help me out. Some thought they would be useless and just sit around all day, but I definitely could not have done it without them. For heavy lifting and guarding the equipment, sure, but also for being there and doing the things and letting me delegate a bit so I could concentrate on other things. Which didn’t exactly work, but it was my bad more than anyone else’s.

We stopped my close up after a few takes because I wasn’t getting there, leaving it for the end, which was good, but also so much more stressful than if I had been able to get it out of the way earlier on. We had done a rehearsal to figure out the blocking before we had started filming, and I had hit all my marks then, but once we started filming, if the camera was on me I just couldn’t.

When all we had left were my close ups, Ayisha came to talk to me, to figure out what I needed in order to be able to get to where I needed to go. We had given up on a lot location- and prop-wise because she felt the performance was going to carry it. I was having doubts. It was from talking with her that I realized that both today and last time I was acting in something I wrote, I was so stressed out and things weren’t going the way I wanted but I was keeping it all in and trying to be pleasant and there for everyone else. Maybe I couldn’t cry because there had been so many times today when I had wanted to cry but just pushed it back, knowing this wasn’t the time or the place.

I asked for the takes I needed, trying things differently, that went against what I had been asked to do, but that got me to where I needed to be. We had one take where I got there, both emotionally and for the tears, and hopefully that one time was enough.

We did some room tone because it was officially a wrap on principal photography.

I think it took about an hour to get all the equipment back into the cars, and then we headed back to White’s to return it all so another team could use it equipment in the morning.

Finally, once I got to my boyfriend’s that night, I could breathe. I didn’t have to worry about locations or not being able to cry or letting people down or not being good enough. Production was done and I was proud of what we accomplished.

I also had a million more things I had learnt on this production, which is good because the goal is to be continuously improving. Instead of beating myself up or stressing out about everything I could have done differently, I took the rest of the weekend to relax, to go for a brunch with my boyfriend where I wasn’t preoccupied with all the other things that need to get done…and then I spent the rest of my Sunday catching up on all of my administrative stuff and figuring out the next steps for the short J

Obviously, a huge thank you to YEAA and everyone there and at ACTRA who took a chance on me and made this whole thing possible. To everyone who gave of their time or talent or support…you are my heroes <3

“Done is better than perfect.”

“By seeking and blundering we learn.”