Hey everyone! Today, my age is important, not so much because it is my birthday, but because it means I only have a year left to complete my list of 25 Things To Do Before I Turn 25. Here’s how I am doing on that: 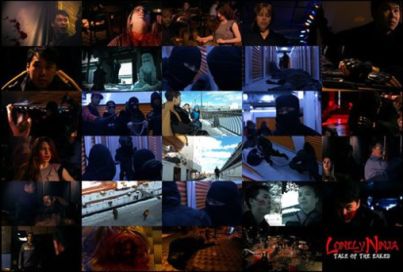 As of a few months ago, I have an imdb page with 2 credits, and I believe more to come. If your haven’t checked it out yet, you can visit:      www.imdb.me/amandalynnpetrin

2.Become a member of ACTRA

Still working on this one. I have enough background credits to be an ACTRA background perfermer, but then I would not be able to participate in any non-union projects, which make up the entirety of my repertoire. So, I will wait until I get an upgrade, or win a role that gets me into the union, so I will have a nice body of work behind me when the time comes.

3.Replace all high school and CEGEP credits on my CV

I am definitely getting close, and could remove my CEGEP credit, but it is the only theater credit I currently have, which is why I am keeping it. I am not necessarily aiming for a career on the stage, but I have found that having it on the resume shows that I have stage experience, which translates into film. So, until I have an overwhelming amount of leading film roles, or get a new theater credit, the CEGEP one stays. I guess that means I need to get busy or get on the stage in the next year!

After much debate, I kept my blog as my website, adding headshots, my CV and some videos to it. You can get here by the blog link, and www.amandalynnpetrin.com also links here. Just need to figure out how to get one of those link buttons for my imdb page 🙂

5. Get to my goal weight (Be healthy)

I hate to admit that I have been letting the book slide, in favor of writing short screenplays. Regardless, the book is on my resolutions for this year, so I will have it done by December 31st!

As previously mentionned, I filmed a short in February that was paid, which was incredibly exciting, not just for the money, but mostly for what it means, and how it validates me as an actress. In addition, this summer I will be filming a feature for which I have an offer and is also paid. Things are looking up and I am so excited!

From the scenes I have, I have created a demo reel for myself. Most of it is from classes or the 48 Hour Film Festival short I did years ago, but I should be getting a lot more recent footage in the coming months, so I will work on updating it and improving it until it is so good that I want to post it for the world to see!

This is a tough one, because I did complete it, but then we parted ways. So, it is checked off, but I am still agentless. I sent out my package on Monday, but most agents are looking for union members. I believe it will be a snowball effect, for the ACTRA and the agent, as in once I get one, the other will not be far behind.

Check 🙂 Julia Lenardon was amazing, and I am much more conscious of how I speak. Vocal exercises are now a part of my audition and class prep, which my dad finds hilarious. Next, I would like to take classes to master a British accent, or Southern U.S.

11. Do a role with an accent (can be for Tom Todoroff or Suzanna, student film, etc) 🙂

I had originally put this because I wanted to do a role with a british accent, but instead I did multiple roles in class where I had to have a Southern accent, as well as an audition with a British accent. However, if I had gotten the part, or for any future role that isn’t for class, I would definitely go see a voice coach so as not to massacre an accent.

Unfortunately, Being Human’s series finale aired last Monday, so this will not be happening. I could cross it off the list and admit defeat, because it kind of is, but that wouldn’t get me anywhere. So, new goal is to be on a show that films here in Montreal, or in Toronto. Reign would be awesome, but Helix or any show would be amazing as well 🙂

I did not go to a gun range, but as you know if you follow the blog, I went shooting with Michael and Sarah last summer, which was a whole lot of fun, and something I would definitely like to do again 🙂

July 12th 2014. I am registered and am not letting a workshop get in my way. Unless there is a paying part on that day, I will do Tough Mudder with Beauties and the Beasts 🙂

This one is still scary, because the class is kind of intense. The new session starts this week, but with Dale Carnegie, I may have to wait until a possible summer session, or join in the fall. We shall see!

17. Visit a country I have never been to

I have this one slotted for January 2015. Grenada maybe?

Tonight, Lonely Ninja will be one of the shorts in the Body Horror Film Contest. In it, I play a waitress who encounters said Ninja. I won’t spoil the ending again, but I did wait tables.

As of last June, I no longer work at the campground, and just a few months after that, I started working as a standardized patient for McGill. I have had multiple ultrasounds, played a multitude of patients, met incredible people and had an amazing time. Very happy with this decision 🙂

Apparently, some scuba diving instructors would much rather you never learn how to scuba dive, so this will have to wait for my next trip.

This was a silly one because re-become implies that I only need to get back to the level of fluency that I had. I practiced while in Punta Cana, and have watched a few Spanish movies or TV shows, but this is definitely something I need to work on.

22. Spend a Weekend with Friends in Vegas

The opportunity has yet to present itself, but if by next April I haven’t done it, we will head to Vegas for my 25th birthday.

It kills me that I have no plans for this yet, but with most of my friends having actual jobs, leaving for 3 weeks to a month is not something they can do. For now, it looks like my road trip will come once one of my projects gets into a film festival that is road trip distance away, or if we do a TT Summer Intensive this summer in New York. But I still have my fingers crossed for the road trip to New Orleans 🙂

I have it on a USB, and have done one here and there, but definitely need to get a move on actually sticking to it and completing it. It is just so much easier to get on the elliptical instead of hooking up a laptop and what not.

So, I have 10 done out of 25. That’s 15 left in 12 months, but I have most of them figured out, and the others, I am doing everything I can to make them happen. I should have a lot of them done by July, when I do Tough Mudder, and the trips are mostly planned out. It is the ACTRA that I have the least control over, but my fingers are crossed and I am working on it.

As for my past week, it seems the universe wanted to make up for my cancelling auditions and work by having auditions and workshops reschedule on me. I did get to do a rehearsal yesterday for the short we will be filming tomorrow. I am really looking forward to it, and it is going to be shot in one take, which will definitely be a challenge.

Tonight, I am off to Mascara & Pocorn’s Body Horror Film Contest. Hope to see you there 🙂