I had quite the time yesterday deciding which of my 5 scenes from this month I wanted to do for my audition. I crossed off two because I didn’t have printed versions, then finally chose the one that had about equally distributed dialogue, and we hadn’t done in front of the Tuesday class yet. Whiplash. 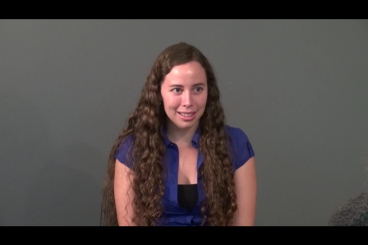 The first take felt great, although when I watched it this morning, I saw that I said ‘you always had your feet on the ground’ rather than ‘your eyes were always pointed on the ground’ which imply completely different things. Luckily, I didn’t notice last night, so I was able to stay in the scene. Or, maybe I was so in the scene, and that’s why I didn’t notice 😉
For our second take, Suzanna said I was really good with the pauses and the nerves, but she wasn’t sure if I had been breathing, particularly exhaling. I have always had a problem with breathing, not like I can’t, but people seem to think I am doing it wrong in yoga or singing or voice classes, so I took the note and apparently managed to make sure I was breathing while not being in my head.
I got to be a reader for other people, twice for actual auditions/callbacks that are happening today, and then I did my Actor Role Audition. It was for the roomate in The Last Kiss, a minor character with two very short scenes.
For our audition class scenes, we always slate beforehand. Slating these days means saying your name, who you are represeneted by, and the role you are reading for to the camera so they can keep track of you (it used to be written on a slate that you held in front of you, hence the name). Normally, this is the class where I find out everyone’s last name to pursue a facebook friendship, and I also pay attention to who is represented by who, so I know who to go to for advice about agent submissions and such. This month was special because although I am still Amanda Lynn Petrin, reading for the part of so and so (Liz was her name last night), this time I got to be represented by Una Kay, rather than just not saying anything for that part. 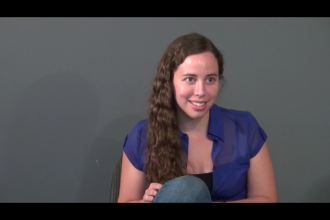 This means that finally, after multiple sendouts and years of training and independent projects, I have an agent! After some friendly advice, I met with a couple of people and chose to go with the person who seemed excited about me and working with me. We have just started out, so I haven’t been to any actual auditions yet, but it is nice to have someone else on my team, and to be able to have an agent for my slate 🙂 Now just need to use my new and improved slate at an audition rather than in class 😉
The audition scenes went well. It was two short scenes, so I did the first one while packing my bag, then once just sitting there, and once being excited rather than skeptical. For the second scene, I am looking for Sudafed, so after the first take, Suzanna had me try it with being congested, which was really weird, but a cool choice to play with.

Prophecy: The Owens Chronicles Book One