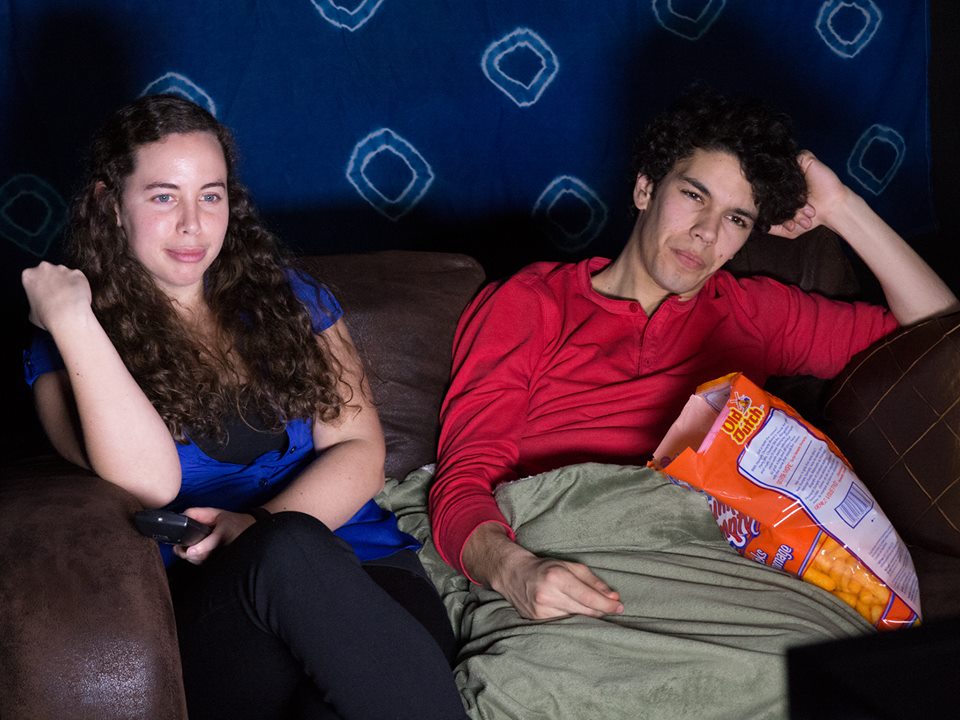 In line with my newfound determination to get out there and make friends and be helpful and volunteer whenever someone needs help, I ended up being a part of a new promo series for CUTV (Concordia University’s student run TV network). They were looking for someone during a particular time frame and even though I was working that day, I offered to come after instead of dismissing it as something I couldn’t do. I’m not saying I got the part as a last resort because they had absolutely no one else, but I wouldn’t argue with that statement either.

I rushed there once I was done working at McGill, sort of expecting it to be more of a non-speaking, SOC (silent on camera) thing, because I hadn’t received any information or script beforehand. Still, being me, I showed up with wardrobe changes and options, depending on what look they were going for. (They never once asked to see any of these options, but I felt better knowing that I had them)

They were still doing some rewrites, so while I received an earlier draft of the script, I never actually got the one we ended up filming. I was just there while they were discussing the changes and knew which lines had been altered. The guy who is in the scene with me did have a laptop with the updated script on it, but I tend to memorize my lines after a couple of run-throughs, especially if they’re simple and I can play off my scene partner.

We did a few rehearsals to get the blocking right, then quickly got to filming, since we were on a time crunch. We did a bunch of wide shots, some mediums shots and we each got our close-ups before doing some filler shots, like hands reaching into chip bags or mouths noisily chewing. It took me a couple rehearsals to get the excitement right on one of the lines, then completely messed it up on the last take, which luckily was just one of the pick up shots. As soon as they called cut, I asked, “That was the only time I said the wrong thing, right?” and they all laughed, because it was, and I had basically said something like, “If you’re tired of dancing, dance!” Instead of “If you’re tired of walking, dance!” Those aren’t the terms, because I don’t want to give any spoilers, but that is the idea. 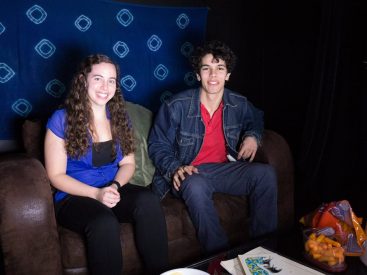 And speaking of the work I was doing that made me rush over halfway through their time window, I was doing a new scenario at McGill. New for me, that is. If you have been following this blog for a while, then you know that crying continues to be something I grapple with, both on and off camera. Lately in my real life, when I get the urge to cry, I don’t try to suppress it like I used to, even if it is a bad time or I don’t want to look silly or whatever reasons I used to have holding me back. The block is sometimes still there, but it’s a process and I am working on it.

As for crying in scenes and stuff, I haven’t really had to in class yet, but my scenario that day called for it. Not in the written file we were emailed, which might have gotten me in my head and nervous, but during the dry run we did before the program started. My friend who was used in the example to show the rest of us was wonderful and I was slightly terrified. There have been maybe two scenarios at Mcgill where I was able to actually bring on the tears, and I don’t think it was for every student, just the ones who asked the right questions to get me there.

This time, maybe because I wasn’t afraid that they would stop calling me if I couldn’t cry, I just let go. I didn’t stress about it, but I also didn’t really expect to achieve more than lowering my head and getting the emotion right. I was probably just as surprised as the first student when I started crying. Then I did it again for the two students that came after him.

Since I was in such a hurry, I left McGill with a tear-stained face and a bit of a perma-smile. Crying is definitely something that scares me and holds me back in my work, so it was a little victory for me to be able to get there in the scenarios, but it was more than that. In a scene, if I cry, it means I get a better take and a better clip to show people who might want to cast me in something. In scenarios, if I cry it helps prepare a doctor (or a nurse or a future doctor or none of the above) for when a person with real problems will be sitting across from them. The scenarios rarely ask us to cry, and I’m sure some people are like me and hold it in, but there are 3 students who if nothing else, will know to find a Kleenex and offer it to the person sitting across from them, crying with snot on their face. Not quite like Viola Davis and her complete abandon to the emotions, but people crying in public will most likely appreciate it, even if it is just to try and hide said emotions.

“Crying is the only way your eyes speak when your mouth can’t explain how things made your heart broken.”