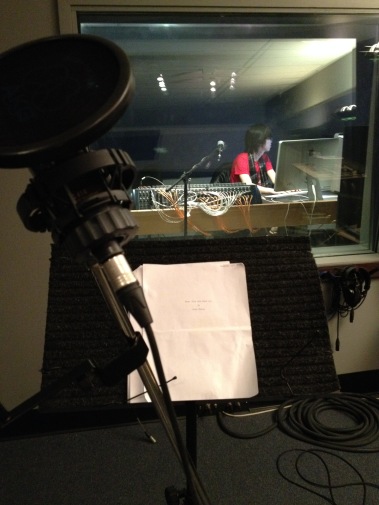 A few weeks ago, I filmed a short called Keep Calm and Make Art. It is a Concordia student film and super awesome because Carolyne and Lorraine were both in it with me 🙂 I forgot to take pictures when we were actually filming, so now I am making a big post on my entire experience with the project.

My first night of filming, we did interview scenes. The film is sort of a mockumentary, so I am really enthusiastic, and I felt like I did a horrible job. I am currently reading War of Art, and it specifically recommends that we not seek validation for our ego, but mine definitely wanted it. Just like when I am the reader in class and I wait for us to discuss how it went for me (which never happens, because it is not about me). I kept waiting for them to tell me how I was after each take. Usually, there would be comments about the sound or the frame, and I would get a note if there was something I had to change, but most takes went by without anyone telling me how I was, or asking me how I felt. Which is completely and totally normal. I should be able to gauge my performance, and adjust it accordingly, without having to be told. And no comment should mean I am doing great and should just keep doing it. Still, I admit I got a little caught up in my head, thinking I was so bad they just couldn’t give me any pointers. Ridiculous, I know. But then the crew was telling me that I was doing a great job, and I was exactly like they had imagined my character to be. It probably didn’t help my insecurities that I spend my life trying to never wear my glasses at work or in public, and here they were a part of my costume :s 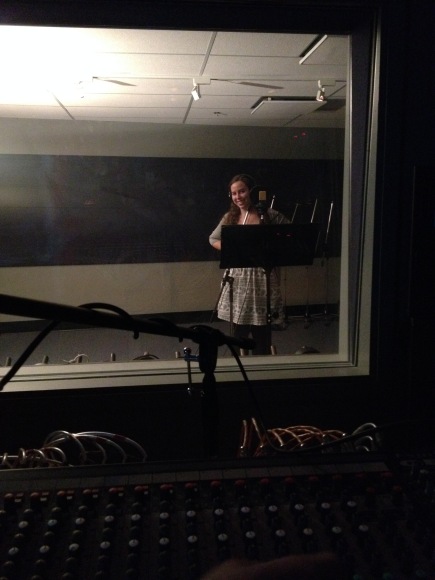 At one point, we kept having to readjust the frame because I had leant forward two seconds into the wide shot, which meant we had to redo that for the close up. I apologized for leaning in, and truly felt horrible for causing them all this extra work. Then the director told me that’s why I got the part. I did the scene for my audition, bumbling with so much excitement that I had to lean forward to share it with them, and that is what got me the part. The thing that I had spent at least 10 minutes feeling bad about and wishing I hadn’t done.

The moral of this rant on how little confidence I can have sometimes, is that I am the only one who sees myself as being less than, or as not belonging.  Unlike every other acting job I have had in the past few years, this is one I actually both auditioned for and won. I was there for a reason, because out of everyone that auditioned, they picked me. Which isn’t to toot my own horn (because I am often not the one they choose) but to say that I need to trust in myself. And not listen to the voice in my head, the resistance. That whatever I did in the audition room is what got me here, so to have faith in my work and know that I belong. And of course, that I got the job by Leaning In 🙂

My next filming day was with the 2 other leads, and it was very short and sweet. I haven’t mentioned it yet, but everyone on the crew and in the cast was super nice and friendly and professional. Although I was happy when they used my actual name, a tiny part of me was really excited when they just referred to me as ‘the actress’. Even my character name, Nathalie, was fun to answer to 🙂

Our last day of shooting was spent mostly outside, where I got to hang out with Lorraine between takes! It was kind of cold and snowing at some points, but we were all in it together (the camera guys had it wayyy worse) and everyone was a trooper. I also had a scene where all I had to do was sleep on someone’s shoulder while sandwiched between the two male leads. So, not too shabby 😉 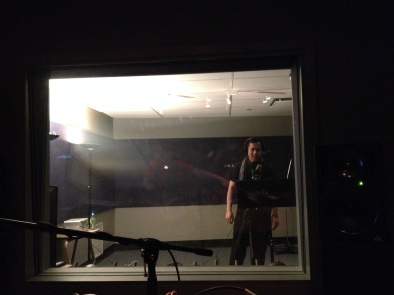 My last contribution to the film was a voiceover. As you can see from the pictures, we had an awesome sound studio to do this in, and I felt slightly like a recording artist, while also more self-conscious than ever before. This time I had a legitimate reason, not just my insecurities. Because I didn’t listen to Carolyne, who told me to bring a green apple. I didn’t have time and figured the bottle of water would be okay to get my voice nice and ready. Clearly, I am a novice with no idea what I was getting into, because we spent at least 30 minutes trying to adjust the microphone and the sound so that we wouldn’t hear the spit in my mouth. Super unappealing. There were other technical difficulties as well, but I still blame me. The plus side is that I got to know one of my co-stars a lot better while we waited for it all to be figured out.

All in all, it was a really amazing experience, a credit that I am very proud to add to my resume, that I truly enjoyed making. I can’t wait to see the finished product, which will luckily be when I get back from London. Hope to see you there 🙂 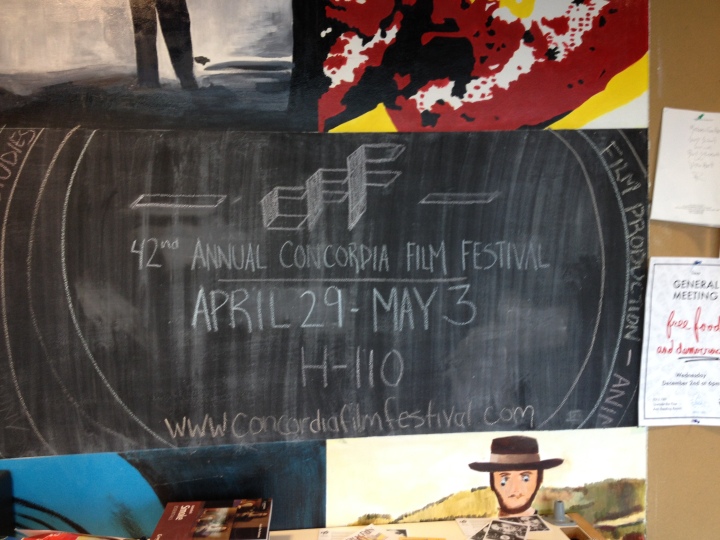