Cold, but beautiful. That’s probably how I would describe this magical town that Sydney and I spent the day in last weekend. Although if I had visited on a warmer day, Perfect might have been used instead. 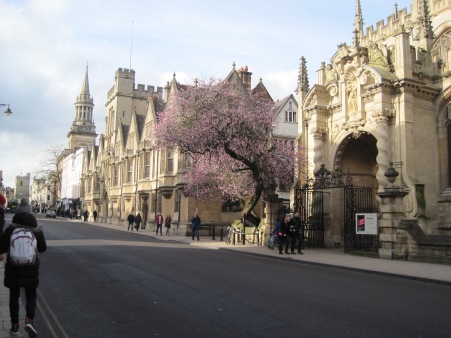 I got there a little after 9, with plans to explore the Covered Market, but it only opens at 10 on Sundays, so I got a little breakfast and met up with Sydney. We were at the market right when it opened, and although it was really cool, and I could imagine spending hours there on a rainy day, we had places to be, and as much as we wanted to, it was way too cold for Milkshakes.

We visited Alice’s shop, which was not run by a sheep, in case you were wondering. The prices were pretty reasonable for such a touristy shop, and I had my eye on the multiple key necklaces.
We wandered to Fudge Kitchen, to see if the fudge makers in Oxford were as awesome as the ones in Windsor, but they weren’t cooking yet. The salted caramel fudge is delicious, however.

We had a walking tour at 11, so we spent the next 2 hours seeing all of the beautiful sights that were so deeply enshrined in history, either because of the buildings, or all the incredible people who lived/attended school in them. We didn’t get to go inside, as most places charge, or aren’t open on Sundays, but even the exteriors are magical. The tour itself was with Footprints, which offers a variety of tours in Oxford, and operates on a tips only basis. So you pay what you think the tour was worth. In spite of the cold, our guide, Jamie, was really entertaining, and we had a wonderful time 🙂

After the walking tour, I took a short bus ride to Blenheim Palace. The home of the Duke of Marlborough is definitely very majestic and beautiful. It was very interesting, and I would have been sad had I not seen it, but I think that given the little time I had in Oxford, I could have used it better in the City center. Still, you can get a yearly pass for the price of a day’s admission, so I could theoretically go back for free as often as I’d like. Maybe for a walk and to explore the gardens in the Summer? 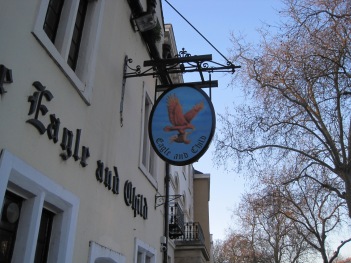 Once I got back to the City Center, Sydney and I had supper at the Eagle and Child, better known as the Bird and Baby, meeting spot of the Inklings. Basically we were eating where J.R.R. Tolkien, C.S. Lewis and countless others had met pretty frequently to read from and discuss their novels. I took a few minutes to write a bit of my own stories, so I could take a bit of its magic with me 😉 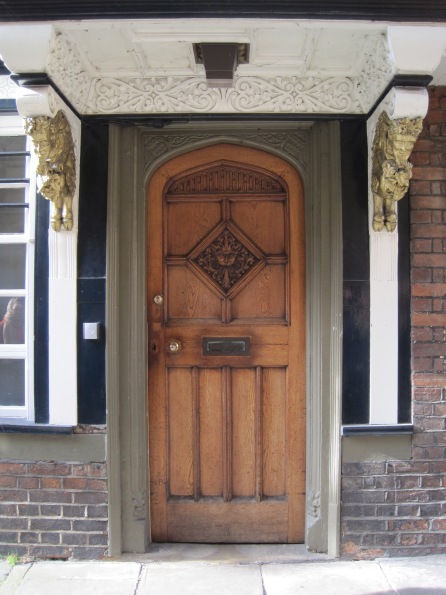 A few hours and some Four in a Row games later, Sydney and I headed to our respective buses to go back to London. A wonderful Valentine’s Day 🙂

“You can’t get a cup of tea big enough or a book long enough to suit me.”

“Integrity is doing the right thing, even when no one is watching.”

The Shortest Week Ever