This weekend, we had a table read and a meeting to discuss costumes and scheduling for the student film that Carolyne and I will both be participating in at the end of the month. It went really well, and I can’t wait to start filming 🙂

As for tonight, I have training for the new job I got in order to help pay for my semester in London, so I can’t make it to Suzanna’s class. Instead, I went last night. 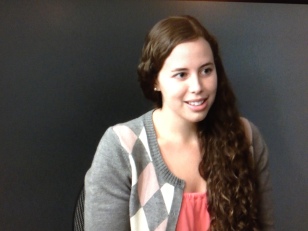 Suzanna had asked me to come in because she knew someone else wouldn’t be there, which worked perfectly for me when I found out I wouldn’t be able to make it to my Tuesday class anyway. I was doing a scene that I had already done before, the one from Being Erica where she goes back in time to talk to her mother, only this time, I was playing Erica, not the mother.

Getting the lines wasn’t so difficult, because I was already very familiar with the scene, but the mother’s part is a lot less confusing as far as subtext goes. The mother just knows that she is pregnant, although she can’t admit this to herself, and is talking to a new friend that she has made. Erica, on the other hand, has travelled through time and is back in high school, talking to her mother as a teenager, and has just been told by the rumor mill that her mother is a slut.

It was a lot to consider, to remind myself that Barb isn’t just my new friend, she is my mother, who I will defend with my very last breath. There is also a part where I go over and ‘deal with’ the guy who is supposedly spreading rumors about her, and although I think I got better at it with each take, it still felt kind of ridiculous.

When I walked into class, Suzanna asked me how I was with learning my lines for Grey’s Anatomy, where I am supposed to play Cristina. Since I didn’t need to know them until next Tuesday, I hadn’t learnt them at all. I felt slightly guilty about this, since I hadn’t even read the entire scene, but it turned out the girl who was supposed to play the Meredith part couldn’t make it. Victoria, the girl doing my part, who was in class, offered to learn the other part, but since I hadn’t learnt either yet, we decided I would be Meredith. We went into another room and ran through the scene a few times. Getting the lines was okay, since saying them with a scene partner is the easiest way for me to learn them, but it was a little difficult to figure out how they should be said.

I had seen the episode (I have seen every episode, of every Shonda Rimes show. She is amazing.) so I knew exactly what was going on, but I could also vividly see how both the actresses had delivered their lines. I didn’t want to try to imitate the Ellen Pompeo that I could see so clearly in my head, so I had to find my own motivations for the lines.

We did it more times than usual, since it was a small class, and through saying our subtext out loud, I understood so much more of where she was coming from. By saying what I am thinking before the scene starts, I knew exactly why what happens a few lines in makes me react the way it does. 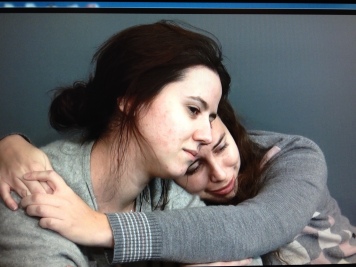 It was really nice working with Victoria again, as well as getting to know a new actress and seeing an old friend. Now I am interestingly prepared for doing the scene next week as Cristina, because I have an intimate understanding of where Meredith is coming from. I will obviously work on the Cristina part this week, but I am very intrigued to see how it turns out 🙂

Amanda Lynn Petrin is the author of Shards of Glass, as well as The Owens Chronicles and The Gifted Chronicles series. She graduated with a double major in History and Psychology from McGill University, then spent a decade pursuing an acting career before turning to writing. She currently lives in Montreal, where she enjoys spending time with her family and living vicariously through her characters.