If you are reading this post on my website, then all of these changes are why it has taken me so long to post. If you are reading it in an email, come over and see what I’m talking about 🙂 I went through nearly every theme available to me and tried a million different things before launching at 85%.I think I am good with it now, but if you come back and everything has changed…well, that might happen…

I am going to condense what has been going on, since a lot of my time has been spent hiking, learning lines, recreating my entire online profile and learning about new platforms. I did, however, have quite a busy weekend, with birthdays to celebrate 🙂 The first was family, but the second was a fellow actress who is a pretty amazing human being as well. In addition to acting and working with me at McGill, she has a crochet company that makes really cute hats, clothes, bathing suits, scarves and cactuses. Or, you know, cacti if you prefer. You can buy her fabulous products at www.miyukicrochet.com . Carolyne and I both went to her amazing apartment for some pictures, meeting all kinds of really interesting new people, and then driving around for quite some time looking for parking. I am obviously not used to trying to park downtown on a busy Saturday night 😉 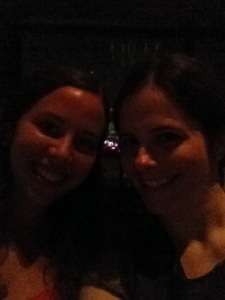 In the end, supper was delicious, I met really amazing, strong #girlbosses and will now be attending Brunch In The City next month. I had seen the posts and pictures about it last year and wanted so badly to attend, but wasn’t sure I would know anyone there. Now I get to go with Carolyne, and I had dinner with the brilliant mastermind who started the whole thing!

Unfortunately I didn’t get to go to class with Suzanna for the past two weeks. I was on set both days, for the same thing. It was just as background, but I think yesterday might have been my favorite day as an extra so far. Last week was very much like most of my other days, where I absolutely love watching the actors work and getting to know some like-minded people. It isn’t that I think their talent will rub off on me from spending time with them, but I’m not ruling it out either 😉 Truth is, I love the entire process. Even when my feet are killing me and we are redoing the same shot for the billionth time and I know I’m not even in the shot, I am still on set, doing what I love and I am a part of something awesome.

Then yesterday happened. After reading Lean In for Graduates, I have been trying to put myself out there more and doing a lot of things that make me slightly nervous, This led to a completely new on set experience for me. I had taken some classes with one of the stand ins, so I got to spend most of my day having a really nice time talking to him between takes. Then when we had a break for supper, a friend from work showed up with the cast, as she would be in the scene that evening. Normally, I might have stayed back and let her have her space, not sure if she would have wanted me bothering her, but I decided there was no harm in saying hi, and ended up spending most of my break talking with ‘the stars’ as my fellow extras referred to them. I do love watching scenes with actors I know from TV, but it is so much more exciting to watch them interact with people you know, and to get to watch them do their magic. My dinner conversations were inspiring and my day on set was so much fun, mostly because of the people. Not to mention the director, who is going on my bucket list of people I need to work with. Every scene ended with praise and something motivational instead of the traditional ‘cut’. I have my fingers and toes crossed that I get to go back on this set, and someday, maybe I won’t just be standing in the background 😉

To finish off, I have added some new pictures on my imdb page, if ever you wanted to check them out 🙂

“Some people like to call me cocky or arrogant, but I just think, “How dare you assume I should think less of myself?”