I was going to start this post by saying I have been busy this week, but I realized that is also how I started my last post. Obviously, I need to be more creative with my opening lines, but at the same time, I am absolutely loving this state of being busy and doing things that make me feel like I have somewhat of a hold on this unpredictable career I have chosen. 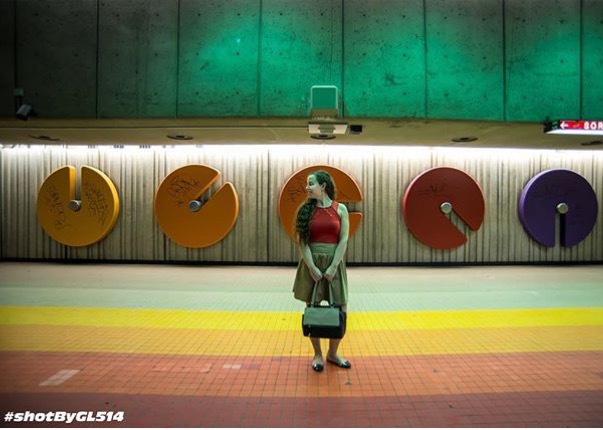 On Tuesday, I went to a workshop with L.A. Casting Director Paul Weber. There were a couple of people in the group who were in the French union and taking the workshop to transition to the English side, but most of the others were just starting out and hadn’t been acting for more than a year. I had heard mixed reviews about the workshop, but I personally enjoyed it. The first half was spent talking about the industry and learning about the business, which was a lot of things I had heard before, because of all the reading and previous workshops I have taken, but it is all still worth knowing. I also like getting certain info from each different casting director, because there are always differing opinions on props and unsollicited submissions and such.  We were a small group, so he also took the time to ask each of us about our backgrounds, and give advice that was more tailored to our particular situations.
I finished the first half of the workshop with a renewed confidence in my training and abilities. He frequently used me as an example for what actors should be doing, and only had good things to say about my CV.
The second half was more hands on work. We were given sides and told to work on them on our own, with a list of things we should be thinking about, before running it a few times and presenting to the class. I was with someone who had never done a cold read in his life, so a lot of our feedback was on him, and what a great job he did for his first time. My comment was something along the lines of I have experience doing this, then he gave me an adjustment. At the time, this made me feel like I hadn’t done well, but on the other hand, I wasn’t looking for praise, and the fact that he didn’t comment on my technique, but just made a comment about the emotional life of the character is probably a good thing.
We had gone first, so we watched everyone else, then we each went up and mock auditioned for a part with just a few simple lines. Half of us read for the staffer, then the next half went for the doctor. As soon as I read the scene, I could see that the Staffer was either snobby and annoyed with the clueless country club member, or helpful and understanding. I wanted to ask which one it was, but figured I should just make a choice for myself. This would have been excellent advice, but I kind of did a cross between the two, which was not a strong choice. I was absolutely crushed when no one chose to cast me, after I had done it without needing the sides and was word perfect. But then I remembered how great the others were, even without knowing the lines. This very much reinforces my finally understanding that being off book means nothing for auditions if you don’t have all the other stuff to go with it. It also taught me a valuable lesson about making choices and having faith in them. I am constantly being told that it doesn’t matter if your choice is wrong, what matters is that you make a choice and commit to it. Instead of dwelling on not being picked in this workshop, I will work on committing 100% to my choices next time, so the casting director will pick me when it really counts 😉
After the workshop, I rushed to acting class, where I was late, but still got to watch two other scenes before my scene partner and I did one from Man Seeking Woman. It is definitely strange, with me setting my brother up with a troll and acting like this and the troll’s behavior is completely normal, but it is really fun to play.
On Wednesday, I had to miss Suzanna’s class, because I was doing background, first as a nurse, and then as a restaurant patron. I have gotten pretty good at pretending to talk, but this time I also had to pretend to eat. I don’t think anyone watching the movie will notice or care how long I had been playing with my food without eating it, but I did, so I would purposely spend a lot of time cutting the food, then get into such an interesting fake conversation that I never got to actually eating it. In the morning, I got to meet actual medical staff as well as a lot of french actors, then was reunited with some of the Monday crowd after supper.

“Desire is the key to motivation, but it’s determination and commitment to an unrelenting pursuit of your goal – a commitment to excellence – that will enable you to attain the success you seek.”