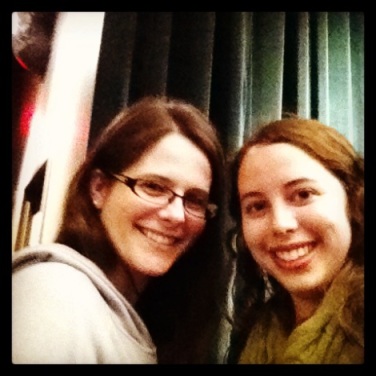 Another pretty exciting week for me. This is becoming a trend that I would definitely like to keep going 🙂 Before getting into the acting, I just thought I’d mention that I decided not to be a flight attendant. Seeing in the world is definitely way up there on my bucket list, but I will hopefully get to see it while filming movies in exotic locations, and when I take my family on vacations once this whole acting thing works out 😉

As for my two #100days goals, I am slowly but surely making progress. For the agent, I have updated my resume to include the new projects I have been in this year, and decided to wait on getting new headshots. I need to figure out if I am going to be chopping my hair off again soon, or if I will be keeping it long. As far as working on the short I will potentially be filming this summer, I have hit a snag. The script I finished in December is 40 pages, which is too long to get into most short film festivals, but I can’t cut it down without losing everything that I love about it. My best best would maybe be to turn it into a full length feature, but I think it might be slightly overly ambitious for my first endeavor to be a full length feature. That’s why I have been working on other potential shorts, which are either just 5 pages, or I stop myself at 20 when there is still so much left to say. I think I have to print them all out and get some advice on which one is most feasible. In the meantime, I’ll just keep writing stories 🙂

In last week’s Dale Carnegie class, we learnt tricks to remember people’s names. They definitely worked, but once I know a name, I don’t really have trouble remembering it. My issue lies with using the names that I know. Part of me is afraid of using the name of someone who doesn’t think I should know their name, because it is super awkward when I learn someone’s name without necessarily being introduced to them. And the other part of me didn’t really seeing the point in using the name when simply saying hello with a smile was working (remember, this is because I am shy, not lazy). I used the past tense in that sentence because I recently started paying attention to how others interact with me. It isn’t everyone who uses my name in conversation, but it is true that when they do, I feel a little special. I usually assume that people don’t bother to remember my name, but when they say “Good Morning Amanda” to me at work, I feel important and valued, like I am worth remembering. I think just giving that feeling to someone else is reason enough to use names from now on.

On Thursday, Carolyne and I met up for coffees to celebrate the projects I have filmed so far this year, and we discussed our careers, upcoming projects…It feels like it had been forever since we had once of these meets, but they definitely make me feel so much more confident about my career choice, like I am maybe not crazy and having goals and a plan will make it all work out in the end. Or so I’d like to hope. After our coffees, we walked over to the theater to see the Veronica Mars movie. If you never watched the show, you probably don’t understand the hype. It was a WB show that only lasted 3 seasons. You could argue it is Veronica and Logan’s epic love story, the strong female lead, her being a teenage P.I., how they addressed darker issues than your average CW show…I can’t pinpoint it, but as soon as the movie started, even the recap got me smiling. The entire movie was amazing, with me often feeling like so much of the dialogue was an inside joke for us that the rest of the world wouldn’t understand. Like a love letter to the fans. We would laugh at these inside jokes we shared, then hush up to not miss a word from the conversation. It was better than I could have imagined, had an actual ending to satisfy the fans, but also left me wanting more. I got out of there wanting to watch it again. 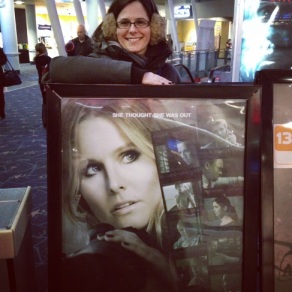 This love letter to the Veronica Mars movie has a point, I swear. People get into acting for different reasons. Some want the money and lifestyle. Others want the Oscar and recognition. Maybe some people just couldn’t decide on a career so decided to do it all. I am tempted by all of it, but now, more than anything, I want to be a part of something that is so beloved by fans that they would pay to have it made. I want to bring that joy and excitement to people.

I spent my Saturday updating my acting websites, doing my income taxes and waiting in the epic waiting room for comic con tickets, which I did not get, and then tried for Lana del Rey tickets, but they were sold out as well. It clearly was not my day for buying tickets, but for Comic con, there is always next year, and as Carolyne says, perhaps some day I will be invited instead 🙂

Yesterday I did a self-tape for something I first submitted to over a month ago. No word yet on whether I got the part, although they definitely liked my self-tape. It’s a project I am really excited about hopefully being a part of, because I would be playing a kickass, teenage superhero kind of character. Fingers crossed on that one. In the meantime, I got my offer for the movie I got the sides for last week. I still need to see the final script to officially accept the offer, but I cannot wait to read it and start filming 🙂

“A dream written down with a date becomes a goal. A goal broken down into steps becomes a plan. A plan backed by action makes your dreams come true.”
~ Greg Reid