I usually like to equate being busy with making progress, so lately I have been feeling like I am on the right track and things are going to work out this summer. Which is always a wonderful feeling to have. 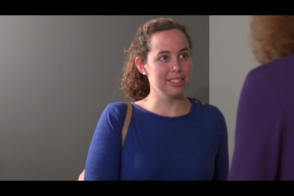 On Tuesday, I got called in to be a reader before class, which we have established that I love to do. What was different this time was that I saw someone audition for the part that I auditioned for, only it was after I had already done mine, with no chance of going back and changing anything. Every time she got a note or praise, I was kind of going back to what I did in my head, realizing everything that I didn’t do but could have. A few takes in though, I had to just let it go. If I had gotten those same notes and done the same things, my audition would have been like her version of the character, which is not what I was going for. It was definitely the ultimate lesson in doing an audition and then letting it all go, because you really have no power once you have left the room. Once your audition is done, it is up to the powers that be (also known as casting directors) and there are a million factors that determine who gets the callback and ultimately, the job. So, you need to just let it go and focus on the next audition, or part. Which is a lot easier when you have stuff planned 🙂
Once it was class time, I ran my scenes with both of my scene partners, then we did the scene from Love. I think the first take was pretty good, but I wasn’t always connected to Patrick, which was probably at the times when I was trying to be manipulative. It was so much more fun when we were connecting, and I especially enjoyed the subtext/improv that we did and the scene that came after. I got more upset, he looked more hurt…it gave us both a lot more to work with.

For the High Fidelity scene, I can’t remember my notes, but every time we have done it, it just really feels like a natural conversation between really old friends who don’t worry about being brutally honest with each other. Our last take was slightly different, because I let the awkward pauses go a little longer, which made him more anxious, so I had to sort of work to get him out of his funk. Him as the character. Because even when it seemed like he lost his train of thought and seamlessly fell forward (as in recovered from the mistake by using it and letting it fuel the performance)…that was actually done on purpose. I forgot my SD card, so the scenes are on a DVD, which means I won’t get them until at least the end of the month, probably a lot later. So, one day I will let you know how they turned out, not just how they felt 😉

Yesterday, I joined the Wednesday class for a scene from Prime. On Tuesday they had done an earlier scene from the movie, so it was nice to have seen a bit of the emotional evolution of the character. I ran my lines with Julie, and then we went up first. Our original take felt good, but I did talk pretty fast, and a lot of the reactions were superficial rather than internalized, so we tried it again and gave our best take. The third take was nice for the pausing and taking it in, but it was probably less connected. I would find myself reacting to things not as she was saying them, but after, because I wasn’t actively listening.

For our final take, we did the subtext/improv exercise, where we dealt with the feelings brought on by her big revelation. It was really insightful and focused a lot on the hurt, and why it was such a betrayal, but while it was helpful for her to tap into what she was feeling, I had the 3 seconds before Suzanna said action to forget everything and be happy and excited to see her. It kept me on my toes and in the moment 😉

I am an actress/writer/producer/BJJ enthusiast who is sharing her journey, one post at a time :)