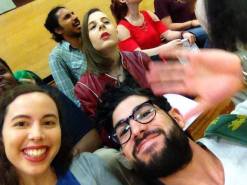 Back in September 2014, I auditioned for two separate roles on a webseries set in a university. I didn’t get either of those roles, even though I felt the audition went really well. Instead, a new character was written into the series for me. I am not sure how I inspired a selfie-obsessed instagram queen, but two and a half years later, I have taken more selfies than I ever could have expected to, and have absolutely loved the experience, from start to finish. A very bittersweet finish, because it is exciting to finally be done our first season, but I will also miss having a semi-consistent acting job. I would say that more than anything, I’ll miss the people, but we have a wrap party and a viewing party to look forward to, and I am sure we will run into each other on the Montreal acting scene. 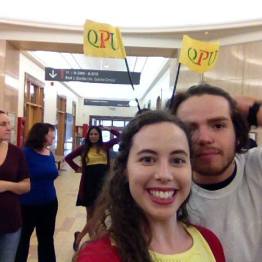 I will keep repeating this forever, but it was one of the nicest sets I have ever been on. It was a non-union, self-financed project that had makeup artists, snacks and pizza on long days. We also had a photoshoot to get promotional pictures for each character. Selina and Gabriel, the people in charge, who wrote, directed and produced it, are amazing. They are inspiring and giving and talented and just all around incredible. They not only made me feel appreciated and like I was a part of something awesome, they also encouraged me when I decided I was going to film a short of my own. They answered a million questions, gave advice, and believed in me. Not to mention the fact that I met my DoPs on the Cohort sets. 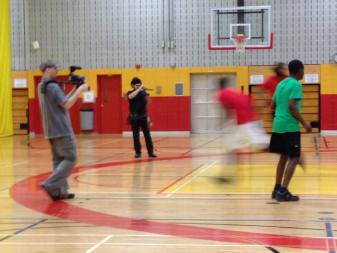 It was only 15 days, and most of them were incredibly short, but this will forever be one of my favorite filming experiences, because it truly was a passion project with a bunch of actors doing it because we love to act. And when people are nice and appreciate you and give it their all…you can’t help but want to give your all in return. 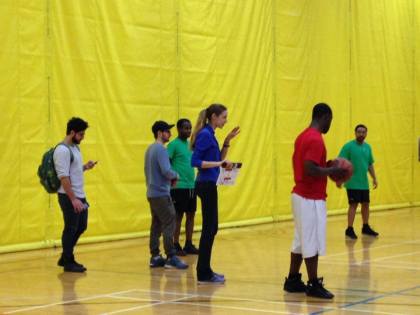 My last day was more emotional than I would have wanted it to be, but I couldn’t have asked for a better group of people to be with when I got that heartbreaking call about my grandmother. Breanne is now wrapped, but so far, you have only met her through the few pictures we have shared. I can’t wait for you all to see what we have been working on. I will forever be grateful for this experience, and if ever I get an opportunity to work with any one of them again, I will jump at it. As should you. Long Live the Cohort 🙂

“On the one hand, I’m so relieved that I’ve actually managed to finish my very first series and that I’ve been able to see my characters through to the end of their journeys. On the other hand, I feel like how parents must feel when they send their kid off to college. It’s a bittersweet mix.”