My first experience with the Becket Players is now officially over. I had a blast performing with a talented group of singers, actors, dancers and musicians, and even got the excitement of an evacuation before our closing night. Everything turned out okay, and we gave one final heartfelt performance. I now have a lot more free time, but kind of miss getting up there on stage and being a part of the Becket Players 😉 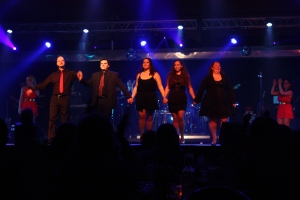 In addition to the shows, I have also been working on my demo reel, and had 2 classes with Suzanna. This month, my first scene was from Eat Pray Love. It is definitely a challenge to find the balance between being hurt and angry while getting a divorce when neither party necessarily did anything wrong, you just don’t want to be married anymore. We put it on tape yesterday, and it took us a take or two to get into the groove, but I am really happy with one of them. It was while watching two of my classmates do their scene that I came up with my class goals. I was blown away by their performance, and I wasn’t the only one. They held nothing back, bringing the anger, the pain, the tears. It was the first time that I asked to switch cameras while filming, so that I could see the performance from the other side. Ever since I joined the Advanced class, I feel like I am really learning from my classmates, almost as much as from doing my own scenes. One of my goals is now to be able to move my classmates like their scene moved me. I want to tackle those hard emotions and relationships and be convincing and honest. I feel like a scene like the one from last night would be something that could definitely get me to cry, since you have enough of a build up to get there. Even just filming them, I felt the tears coming. The third goal is to do a scene with a proper british accent, which I will do once I have taken classes, probably in the early fall.

Other than a lot of work at McGill and a lovely Mother’s Day with the amazing mothers in my life, that was pretty much my week 🙂

“I had to stop going to auditions thinking ‘Oh, I hope they like me.’ I had to go in thinking I was the answer to their problem.” 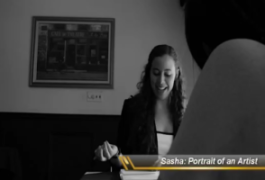 P.S. Thanks to Bonnie Gillespie article on Launching at 85%, you can now see my new demo reel under the tab on the upper right corner 🙂